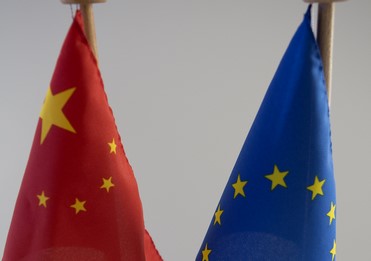 The long-awaited China-EU bilateral investment treaty (BIT), for which talks have been ongoing for seven years, will come to a conclusion by the end of the year, China’s ambassador to the European Union, Zhang Ming, has said.

“Thanks to the political leadership, the talks are moving more quickly. This year alone, we have had nine rounds of talks with good progress on the text and the negative list,” Zhang told CGTN Europe’s The Agenda with Stephen Cole program.

“We made breakthroughs on the level playing field issues, this is a solid step forward. We are now working on the Market Access and Sustainable Development chapters,” he added.

Both the EU and China have expressed wishes for the agreement to be concluded soon, and for economic cooperation between the two, which this year mark 45 years since the establishment of diplomatic relations, to increase.

Brussels is calling on Beijing to reduce support for state-owned enterprises and to be as open as the EU, while Beijing’s concerns are focused on whether or not the two sides benefit equally, given the economic differences between developed and developing countries.

“The talks are now at a critical stage, we expect the EU side to work with China in a pragmatic and constructive manner so that we could address the outstanding issues and reach a comprehensive, balanced and a high-level agreement by the end of this year,” Zhang said.

The EU is also seeking more market access for European businesses in China. But with the recent China International Import Expo in Shanghai attracting hundreds of European companies, from Volkswagen to L’Oreal, Zhang said this “demonstrated the confidence of European companies to stay and succeed in China.”

The ambassador also emphasized that this has been an important year for relations between the EU and China for several reasons, one of which is trade.

“According to Eurostat [the EU’s statistical office], EU-China trade from January to August amounted to 374.7 billion euros [$442.5 billion], up by 2.4 percent year-on-year. For the first time, China became the EU’s largest trading partner,” Zhang explained.